When the legendary “Jonker V” diamond appeared at Christie’s Hong Kong in May of 2017 with a pre-sale estimate of $2.2 million to $3.6 million, some gem experts expected the stunning 25.27-carat emerald-cut gem to yield much more — and they were right. 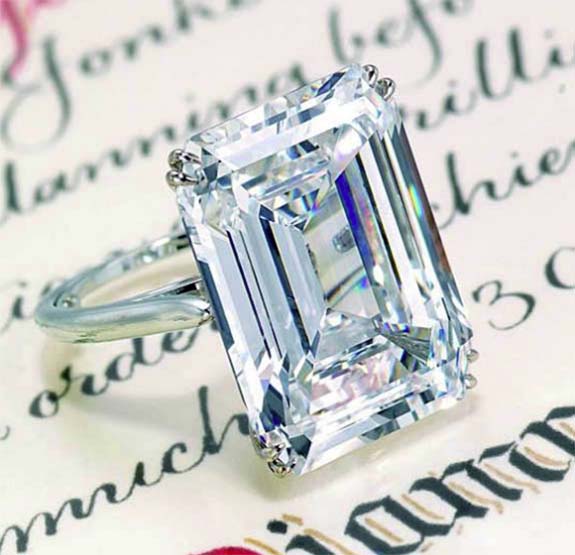 Surpassing the high estimate by nearly 50%, the Jonker V was purchased by an undisclosed buyer for $5.3 million.

On May 15, the Jonker V, one of 13 magnificent diamonds cleaved from the famous 726-carat Jonker rough more than 85 years ago, is set to make an encore appearance at Christie’s Geneva. The gem boasts a D-color and VVS2 clarity grading. In its rough state, the Jonker V weighed 54.19 carats, more than twice its finished weight. 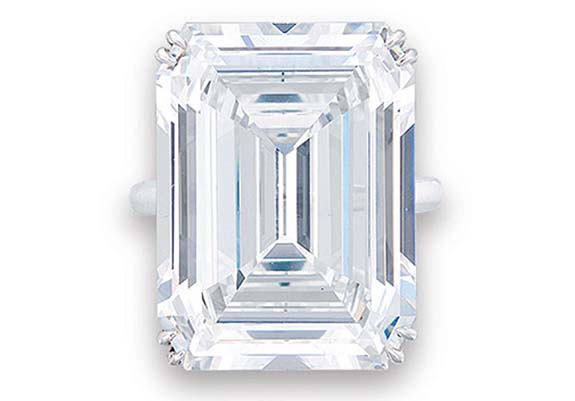 Surprisingly, the auction house’s pre-sale estimate for the current offering reverts to the range promoted in 2017. Christie’s believes the May 2019 hammer price will be in the neighborhood of $2.5 million to $3.5 million. A representative from Christie’s told us that the estimate reflects the current market value for a gem of that size and provenance.

She noted that a bidding war among buyers in 2017 was likely responsible for inflating the Jonker V’s sale price well beyond the high estimate. We’ll be watching to see if another bidding war escalates the price in Geneva next month.

What makes the Jonker V so special is that it carries a rich history that connects many of the jewelry-industry’s most colorful characters.

On January 17, 1934, a rough diamond the size of a hen’s egg was pulled from a bucket of gravel at the Elandsfontein claim, 4.8 kilometers south of the Premier Mine in South Africa. The massive 726-carat rough diamond with a frosty ice-white color would take on the surname of Jacob Jonker, the 62-year-old digger who owned the claim.

At the time, the Jonker was the fourth-largest gem-quality rough diamond ever unearthed. Diamond experts speculated whether the 63.5mm x 31.75mm Jonker and the 3,106-carat Cullinan Diamond had once been conjoined, as their respective cleaved faces seemed to match up perfectly. The Cullinan Diamond had been discovered at the nearby Premier Mine 19 years earlier.

The Jonker rough was acquired by De Beers chairman Sir Ernest Oppenheimer and subsequently caught the attention of diamond dealer Harry Winston, who purchased the rough stone in 1935 for £75,000, the equivalent of £9 million ($11.7 million) today. The Jonker diamond earned celebrity status when it was displayed during the Silver Jubilee Celebrations of the Coronation of King George V and Queen Mary in May of that same year.

The next year, Winston contracted Lazare Kaplan to cut 13 finished gems from the original rough. The Jonker finished diamonds were each named with a Roman numeral, in size order. The largest was the Jonker I at 142.90 carats and the smallest was the Jonker XIII at 3.53 carats. According to a May 1954 article in The New Yorker, Kaplan earned $30,000 for the prestigious assignment (that’s equivalent to about $280,000 today).